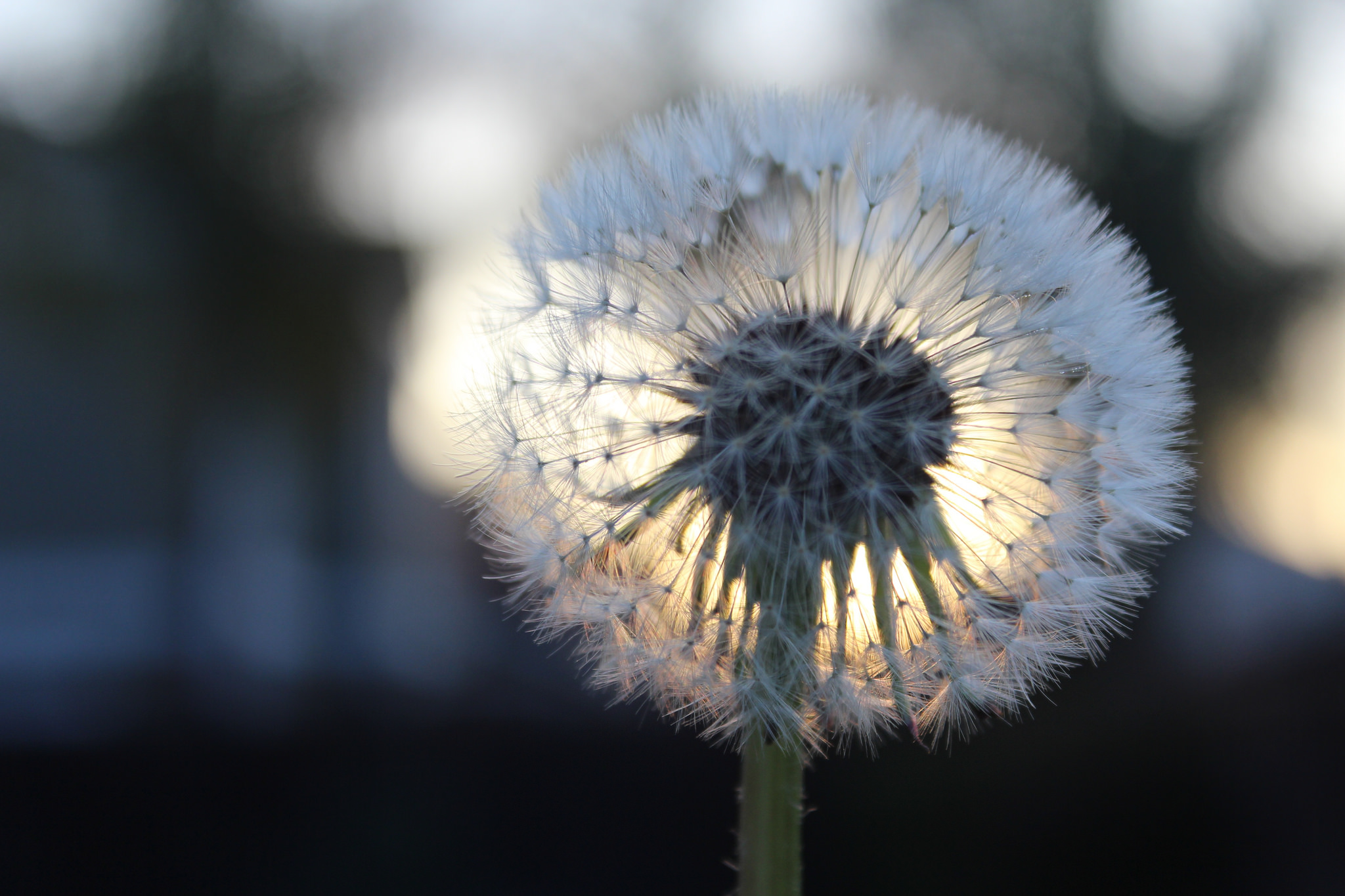 It’s Never too Late for Some Resolutions

I realized a few days ago that I never wrote my annual goals post for 2017. I usually do it around January 1st but that day is overflowing with resolutions and good intentions. Why not put a little of that optimism into March, which, let’s face it, is often just a long slog toward spring. For comparison’s sake, I’ve included my 2015 and 2016 goals and results in each category as well. So let’s start with:

2015 Goal: I’m anxious to get back to my pre-baby weight. As of this writing I’ve got 12 pounds to go. That seems pretty doable so I’ll throw in a second goal of making it back to my pre-freshman 15 and pre-lazy-mid-twenties 10 weight. That would be an extra 25 pounds to lose by the end of December.

2016 Goal: Get to my pre-pregnancy weight. I have the urge to be more ambitious again with this goal but reaching that number seems elusive enough.

2016 Results: Fun fact, as I was aggressively trying to lose the weight in the early part of 2016, I was overdoing it in the exercise department. One day in February, after a particularly challenging workout that involved a lot of running uphill on the treadmill, my left achilles tendon was on fire. I thought it was just one of those normal aches and pains I’d get after a tough workout. So in the coming days I ran through it, and I ran through it, and I ran through it. I did that for two weeks until my right achilles began aching from compensating for the underperforming left one.

By the beginning of March I could no longer even do a simple workout without excruciating pain. So I stopped completely, and then I started to eat like crazy. FYI: that’s not a good combo.

Sloooooooowwwwwllllyyy, my heels healed. By the fall they felt pretty normal again, but I was out of the workout habit and I was still eating poorly. I had a few downward weeks on the scale during the year but overall it inched upward. I went to the doctor a couple of times to make sure my thyroid wasn’t to blame. It wasn’t it, but I was in denial.

2017 Goal: By January 4 of this year I was 20 pounds above my pre-pregnancy weight. Oy. None of my clothes fit, I felt slow and sluggish, and I didn’t like how I looked. I’d finally had enough. On that same day, January 4, I set some weight loss goals:

By 2/26, Bean’s second birthday, drop 20 pounds and get back to my pre-pregnancy weight finally.

By 6/26, my 35th birthday, drop an additional 25 pounds to reach the weight I felt happiest at. I haven’t seen that number on the scale since I was in my first year of college and that was 17 years ago!

It’s now March 16, eighteen days past my first goal and I still have 3 pounds to go before I get to my pre-preggo weight. BUT, that means I’ve lost 17 pounds since January 4. Woot! And I haven’t seen the numbers I’ve been seeing on the scale for almost three years. So, 17 down, 28 more to go. Gulp!

2015 Goal: Before Bean was born I was regularly working out three days a week. I think it might be a little optimistic to jump right back into that routine, but once I get the go ahead from the doc at my postpartum check-up, I’ll start out with a once-a-week visit to Bassline and a jog around the neighborhood. By the end of the year though I want to be back to thrice weekly visits to Bassline. I’m missing those killer workouts and how they make me feel.

2015 Results: After Bean was born I took 7.5 weeks off for recovery. I started back at Bassline on 4/19 and quickly settled into a twice a week routine for the rest of the year until this last month when I managed to bump my workouts up to three times a week (except for the week I was sick with the stomach flu – only worked out once that week). The majority of those third workouts have turned out to be three mile runs around the neighborhood. That’s good, but not great. It’s just tough with the new little one and Nora’s full-time school schedule this year. Truly, nothing beats a Bassline workout for calorie burning and muscle toning, but hey, a run’s not bad either. And if that’s what I can fit in during the week, that works for me.

2016 Goal: Continue the trend of thrice weekly workouts but try to integrate Bassline as often as possible.

2016 Results: As mentioned in the Lose the Weight section above, my workouts dramatically decreased after February of 2016.

2017 Goal: Now with my renewed focus on weight loss, I have been working out six days a week since the end of January. Because I was just getting back into a workout regimen and didn’t want to stress my achilles again, I started with Zumba – which is super fun, by the way. But around mid-February I was feeling like I needed to take it up a notch so I ordered a TaeBo DVD. No seriously, I really did. And it’s actually a great workout. I’ve been doing TaeBo four times a week and Bassline twice a week.

Once I get to my first twenty-pound weight loss goal, I’ll be scaling back my workouts to four times a week and then holding steady.

2016 Results: No races completed due to injury.

2015 Goal: I’ve got an idea of what I’d like to focus on next, I just have to carve out the time. To do that I’m planning on participating in National Novel Writing Month (a community of authors who come together and pledge to write 50,000 words in the month of November). Bean will be 8 months old by then and hopefully settled into a more predictable routine. With a little fancy scheduling I just might be able to make the time to get started on my next book.

2015 Results: So Bean, thankfully, has been a great sleeper, which makes finding the time to write easier. But I had some misgivings by the time NaNoWriMo rolled around in November. I’d just published On the Verge in mid-September and was still in the throes of marketing it when I was supposed to be starting the new one. We also had a trip planned to Hawaii in the middle of the month. But I decided to sign up for the challenge anyway and then, after writing less than a thousand words, realized I was headed down the wrong path.

2016 Goal: I think it was too soon after publishing On the Verge to commit to a writing a new novel. I wasn’t ready. I’d depleted all my creative reserves getting that story ready to see the light of day and it showed. I do want to start writing a new book this year, but I want to promise myself I won’t do it until I feel ready. That might be March or October or some other time. But it will be this year.

2016 Results: I did start to write a novel in 2016. It was going to be a romance. Unfortunately, it didn’t get past the first few pages. But, first of all, I’ve come to realize that romance doesn’t come naturally to me (sorry, Hubs), and, second, a child’s second year of life is just a big shitstorm and I don’t seem to weather it very well as far as my creativity is concerned. Good thing their second year of life also coincides with them being absolutely adorable when they aren’t being insane.

2017 Goal: Anyway, not having written anything resembling a novel in 2016 is somewhat depressing, BUT novel writing is going on in 2017!

Since March 1 I have written the first chapter and a half of a new fantasy. It’s a slow process because I only write a page or two a night, but it is happening! By September of this year I’d like to have a solid draft ready to submit to agents. Becoming a traditionally published author is still my ultimate goal.

2015 Goal: I took some time away from freelance writing while I finished On the Verge, but I already have my first new assignment. I’m going to focus on getting at least 12 articles published by the New Year.

2015 Results: Again, I was a little ambitious with this one. I managed to write four articles for North End Metro magazine this year. I have two more coming up for them in 2016 and a third for Northwest Travel & Life.

2016 Goal: I love writing for NEM and I’m super excited to break into a new market with Northwest Travel & Life. I want to put more of a focus on freelancing in 2016. That means sending pitches to new magazines and doing a great job on the assignments I already have. The plan is to send a pitch to one new magazine a month. In the meantime I’ll continue to do my best work for NEM and Northwest Travel & Life.

2016 Results: Oh, boy. Well similar to the novel writing hiatus I was on for most of 2016, I also went into a freelancing dry spell. I did pitch one new magazine and heard zip from them. I continued to write for NEM until the end of the year when the assignments evaporated because the magazine went out of business!

2017 Goal: I’d still like to keep a foot in the freelancing door so I can return to it in a more robust way when Rosie goes off to preschool next year. Instead of setting a certain number of pitches, I’m going to commit to publishing a minimum of five pieces this year.

2015 Goal: Finding time to read is difficult with two kiddos, but I’ve come to realize that it is a really important part of who I am. I just don’t feel like myself unless I find some time during the week to read. I won’t set myself a specific number of books, but I will commit to reading for at least two hours a week initially and hopefully more as things settle down (i.e. Bean sleeps through the night). Total books read: 24

2016 Goal: This year I’d like to take the time to read even more, and instead of focusing on nonfiction, I want to read more widely in fantasy and horror, the genres I write in, at least two books a month. Total books read: 21

2015 Goal: I’ve been making weekly blog posts to Scriven by Garen for 9 straight weeks now. My goal when I started was to make it a full year. 9 down, 43 more to go.

2017 Goal: I did make my goal of 52 weeks of posts with the last one published on January 22 of 2016. But after that my posts trickled off. Notice I didn’t set myself a new goal for 2016, and, without something to strive for, I wrote only six from February to December. However I do like writing my blog when the mood strikes me instead of on a set schedule. This will be my third post this year. I’ll aim for one a month or so, for a total of 12, but I’m not going to be rigid about it.

10 Things I’m Giving Myself Permission to Do

A post in which I answer the question, "Garen, are you doing any writing lately?"