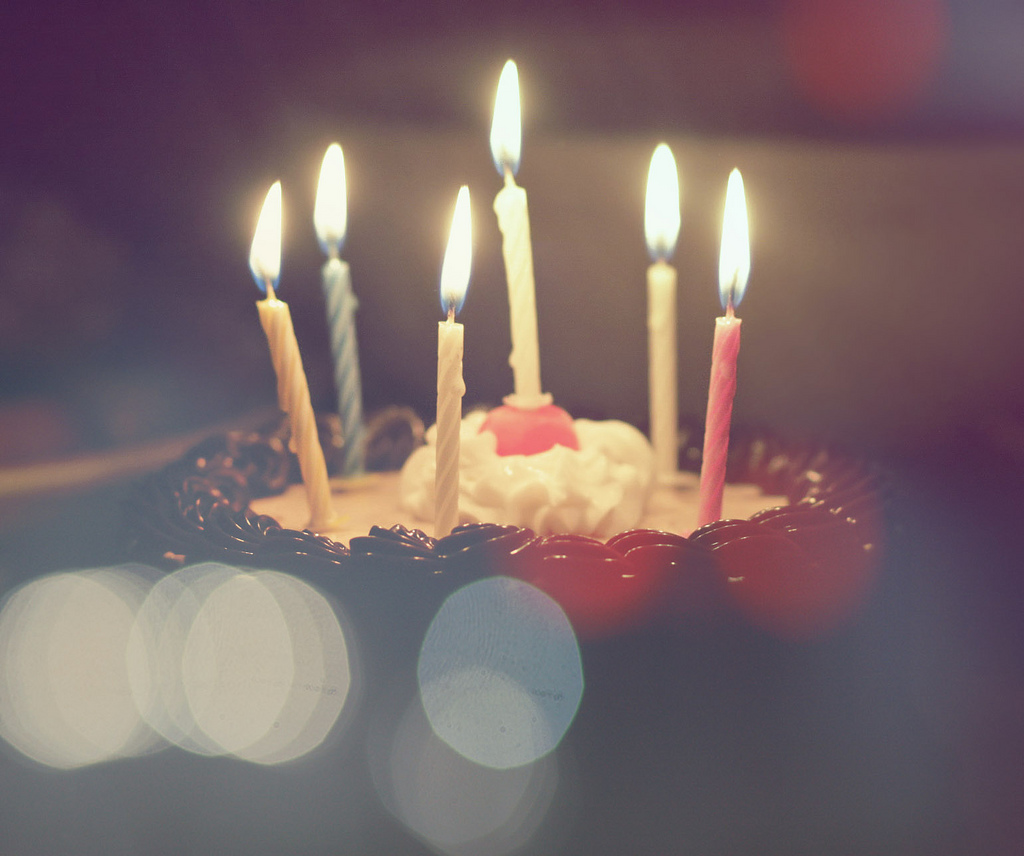 Back in March I set some goals for myself for the rest of the year (you can read them here). One of those was to run a 10K in June. Last Saturday I convinced the hubs to go with me to Burlington, over an hour north from where we live, to run the Berry Dairy Days race. It was a fun and humbling experience. Kind of like my feelings on birthdays these days.

First let me explain. There is a reason why I dragged us all the way out to Burlington when there are a bajillion other closer races. In 1999 when I was a fresh-faced, soon-to-be-senior in high school I ran the same race. At the time I was doing cross country, and I was in good running shape. I chose the course because I didn’t think many people would do it, and I wanted to get a ribbon in my age group. That might not be the most noble of reasons but, hey, I was a teenager, and well, I wanted a ribbon, dammit.

But the cool thing is that it turned out to be really fun. The race was only a couple of days before my birthday and my parents and grandparents came with me to cheer me on. My grandpa, who I was particularly close to, brought along a ribbon that said “happy birthday” on it just in case I didn’t get the race ribbon I had my eye on. But it turned out that wasn’t necessary. We celebrated by having some strawberry shortcake and watching the cute little Berry Dairy Days parade that followed the race. All around it was just one of those days that lives on in your memory as a bright point, one you think about and smile.

I’ve been feeling particularly nostalgic about that memory recently. It’s been a year, almost to the day, that my grandmother passed away and my grandfather went several years before her. My parents are older. I am older. Sixteen years have passed in the blink of an eye, and I wanted to capture a bit of that memory in the present.

Beyond that, the timing of the race was perfect. Like I talked about in my goals blog, I ran a 10k race four months after Bun was born and I wanted to do the same with Bean. June marked the four month mark this time around so the Berry Dairy Days race seemed meant to be.

I had high expectations. I wanted to beat my previous time of 58:10, a 9:23 mile, even though last time around Igor and I did a running club for several months to train. This time I was relying on the running I did during workouts at Bassline and a few runs I squeezed in here and there on no particular schedule, none of which were more than three miles.

On the day of the race we started out fast, too fast, even though I specifically planned not to do that. I felt good though, and one mile in, two miles in, three miles in, I was on target to match or better my previous time (Note: by previous time I am referring to the race I did four years ago not the one I did in 1999. I was much, much faster then.).

Then at about 3.5 miles I hit some kind of wall and slowed down significantly. I told the hubs to go on ahead as he was looking strong, and I slogged through the remaining three miles, struggling the entire time to keep my head in the race and keep going. Several times I thought about quitting especially as a lingering foot injury I have cropped up added shooting pain to the list of reasons I didn’t want to keep going.

But I did. I didn’t set any PRs. I ran it in 1:01:51, a 9:57/mile pace. Not fast. But in this small race of 92 people it was fast enough to get me ninth place in my age group. It was also fast enough to make me feel like I had been hit by a train, a train with a particular vendetta against quads and knees apparently.

But I was glad I did it.

Glad I finished even if it wasn’t pretty. Glad I ran it with the hubs and glad I could come home to my girls, none of whom were part of my life sixteen years ago. Glad that my protesting body carried me through and recovered enough to do a tough workout three days later. Glad the sun was shining and that in some small way I honored the memory of my grandparents. Glad that six days before my 33rd birthday I did something that reminded me of my youth and showed me that there is still a lot of life to live.

The run was humbling. I wasn’t as fast as I was when I was a teenager. I wasn’t even as fast as four years ago. But I was fast enough.

Birthdays are humbling for me now too. You always know you won’t live forever, but somehow with the birth of children to take your place, and the passing of the years, the feeling becomes, at least for me, more palpable, more real, more possible, I guess. A birthday now makes me take stock in a more serious way. My youth is over. I’m not like I was at seventeen. I’m not even like the me of four years ago. I am me now, at 33. And that’s enough.

10 Things I'm Giving Myself Permission to Do