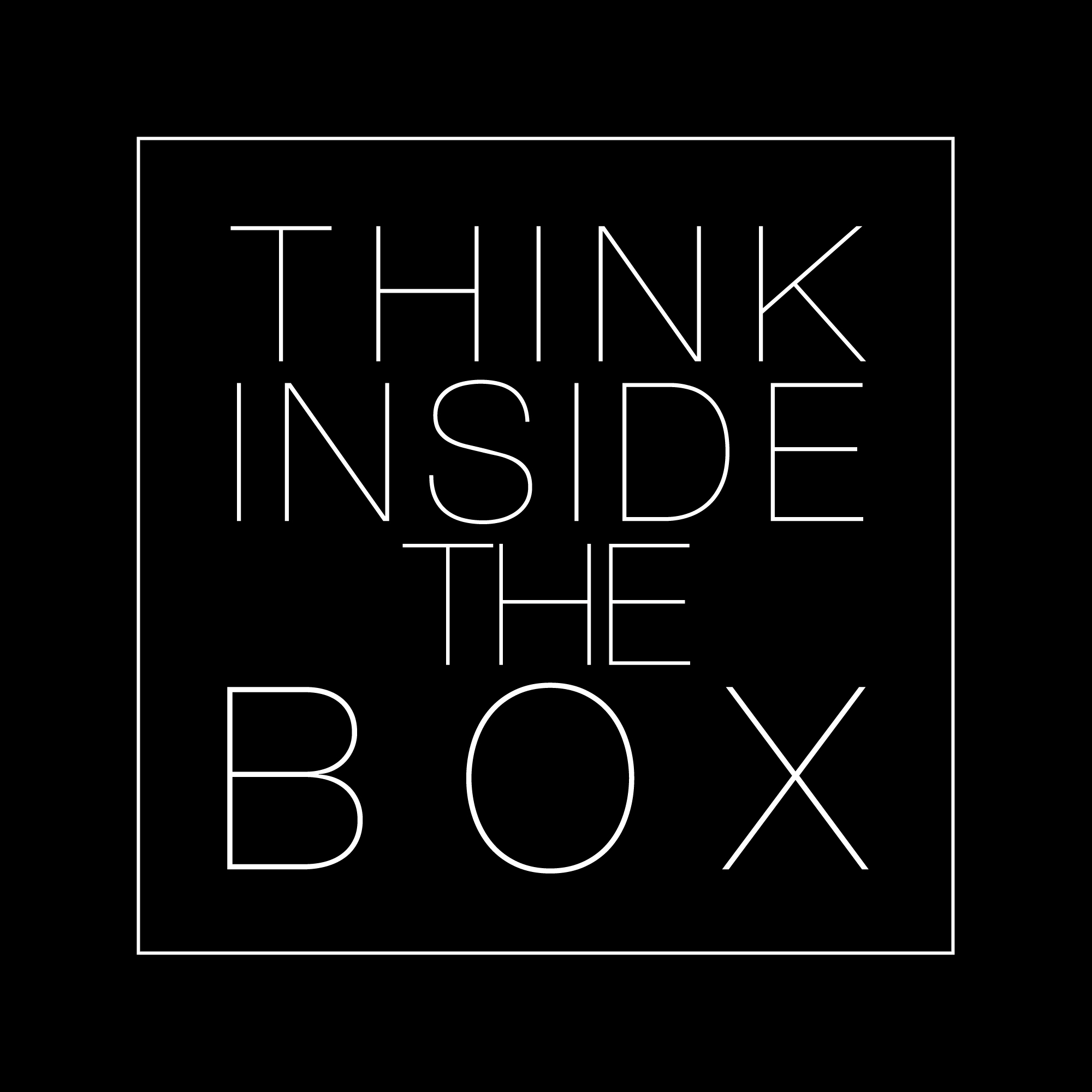 Think outside the box. It’s a platitude that’s meant to stir the creative mind. Don’t give in to convention, step outside the everyday, be true to yourself, not the crowd. It’s good advice, really, and let me tell you, as a staunch non-conformist I try to live it everyday.

But while all that fighting against the norm can be liberating, it can also be overwhelming. The very idea of unlimited options can be paralyzing. Case in point: the menu at The Cheesecake Factory. I mean, do we really need a freaking book of dining options? But seriously, absolute freedom can, ironically, be a kind of stealthy hindrance and, for me anyway, lead to an interesting form of writer’s block. It’s not a lack of ideas, its the profusion of possibilities that stymies me.

I’ve referenced Austin Kleon before when I talked about originality, and I’m going to reference him here again (his slim book, Steal Like an Artist: 10 Things Nobody Told You About Being Creative

is seriously good). He says that “nothing is more paralyzing than the idea of limitless possibilities.” For Kleon, the way to get over a creative block “is simply to place some constraints on yourself.”

I initially balked at this suggestion as it seemed antithetical to pretty much everything I’ve ever heard about creativity, but you know what, it works. I gave it a try last week with my first attempt at flash fiction.

I’d been feeling that itch, like I needed to write something fictional and just for fun, but I also wasn’t sure what that would entail. Fun and fictional are not exactly concrete guideposts. I had an idea that had been rolling around in my brain for awhile and had never found a home. It wasn’t necessarily a big enough idea for a novel, but I thought it could work for a short story. I’d run across this new format for fiction on Twitter called flash fiction. It’s basically the short story medium taken to the extreme. Stories can be no longer than 2,000 words, sometimes no more than a thousand. Props are given to writers who can convey the most engaging plot lines and characters in the shortest number of words.

I was intrigued so I tried it out last week (you can read the result for yourself here). Not only was it a challenge, but it offered me something concrete to work towards, a measurable goal for my writing. I had the opportunity to work within creative constraints, and I found that rather than stifling my flow it inspired me.

Skeptical at first, I have to say that I am looking forward to doing it again. Twitter is a veritable treasure trove of flash fiction magazines and contests that are constantly on the lookout for new material. Many of these simply have word count criteria, but others give you further constraints by stipulating not only the length, but the theme as well.

I’m currently looking into the Bath Flash Fiction Award contest which has a rolling deadline and a 300 (!) word limit, and the Flash Fury Contest over at The Molotov Cocktail which gives a word limit (750-1000) and a theme (some moment of unleashed aggression must take place).

I’m also thinking about how I can apply creative constraints to other areas of my writing. Word count is generally a good place for me to start as I have a proclivity for adjectives and run on sentences. Besides my foray into flash fiction I’ve also refined the pitch for my novel down to a 35 word nugget of the absolute essentials (no easy feat) in preparation for a contest that could put my work in front of potential agents. I’m also working (somewhat successfully) within the all too numerous constraints of writing at home with a crazy-active preschooler and a brand new baby. It would be super easy to call it a day on my writing given the demands of my offspring, but I’m clinging to it with a death grip as my lifeline to maintaining my sanity and a sense of self.

As Kleon says “don’t make excuses for not working – make things with the time, space, and materials you have, right now.” With that in mind constraints become less like restrictions and more like motivation.

I’ve decided to embrace the box. I’m envisioning mine as a shipping container. It isn’t meant to hold me back or keep me in, but rather act as a vehicle for reaching new destinations. Climb in, send it off, and see where my creative constraints take me.

The Personal Values of a Part-Time Writer