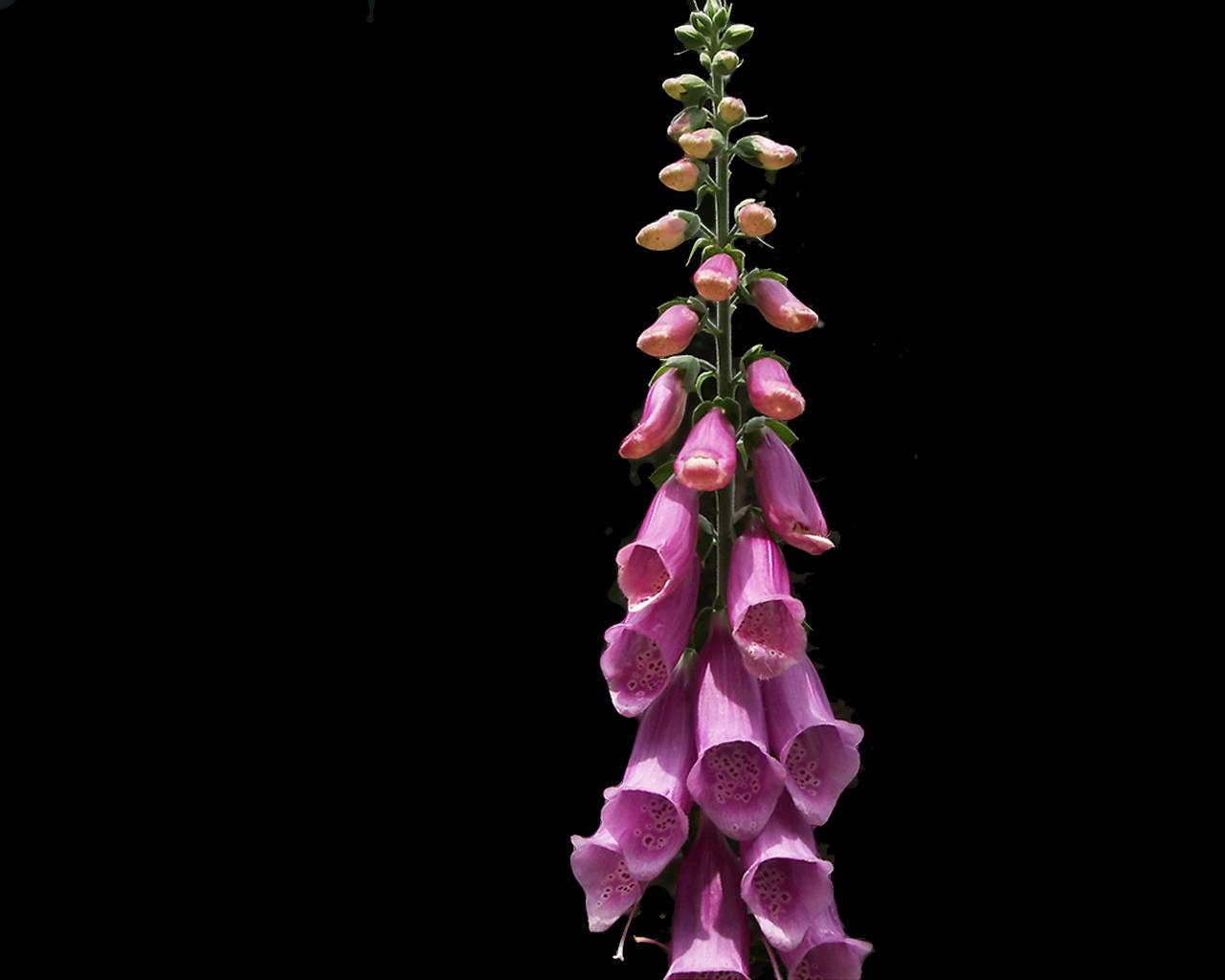 It has been awhile since I’ve written any fiction so I thought I would do something a little different with my blog this week and make my first attempt at writing flash fiction. Flash fiction basically challenges you to tell a story in 2000 words or less. I had a lot of fun with this, and I’ll discuss it a bit more next time. But for now, take a look at my preliminary attempt at this condensed form and let me know what you think. Warning: It’s a bit…dark.

He was writhing on the floor again. The whites of his eyes looked liked slivers of almond on top of the toffee their momma made on special occasions. His brother’s fit wasn’t anything special though. Jacob had seen it many times before. He knew the routine. Momma would run to the little wooden cabinet set into the wall of their small cottage. There, in a tiny vial, were the drops she would administer to his brother once the convulsions died down.

The sight of that little brown bottle stirred a loathing within Jacob that simmered deep within him. He hated it almost more than he hated his brother, but really the two were so intertwined in his mind it was difficult to know which one garnered more of his ire. That afternoon the sight of the vial in his momma’s hands was more upsetting to Jacob than usual. It was nearly empty. There was only enough of the precious liquid it contained to treat his brother’s current fit and then it would be gone, and he would be called upon again to make the dangerous journey to the clearing.

He understood why the job had always fallen to him. He he knew his way around the Folk, and that certainly helped. In fact in their small village it was whispered that he was marked by the fairies of the clearing, the only one of momma’s eight children with red hair and almost translucent blue eyes. But he also understood that he was expendable. Momma had six daughters to tend the cottage for her and to care for her when she grew old. A few of the older ones were already married to the large, capable men the rugged land seemed to produce by the dozen, and they helped Momma do the chores that tradition dictated belonged in men’s hands.

Jacob and his twin were Momma’s youngest, and although they had shared space in her womb they seemed to share very little else. His brother was very clearly Momma’s favorite. His resemblance to their late father was repeated often by the villagers, and his gentle nature and frequent illnesses made him fragile yet beautiful, a butterfly among beetles. Jacob on the other hand was plain and neither big enough to contribute to the cottage in any meaningful way, nor smart enough, his Momma insisted, to rise above their current station and earn money for the family as a solicitor or banker.

Thus it fell to him to make the journey to the clearing. Once a year he went to that place where the purple foxgloves grew. And although the trek was long, and in some places wolves and other creatures threatened him from the shadows, it was the clearing itself that made Jacob shiver.

He thought many times about simply leaving, of striking out on his own and never returning. But without the medicine their momma made from the foxglove his brother would almost surely die, and as much as he resented him, the blood that ran through his veins ran through Jacob’s own. Their destinies were tied together from birth, and the weight of family and fate is difficult to shirk.

So it was with trepidation that he stood at the edge of the familiar clearing and stared into its sea of foxglove flowers. They were quite beautiful if you didn’t know any better. The cylindrical flowers in shades of amethyst, violet and magenta arrayed themselves in overlapping bounty along their thick green stems. They swayed heavily in the slight breeze, brandishing their pointy blooms in the hazy morning air like graceful heliotrope sentinels.

The were called foxgloves now, but long ago they were known as folks’ gloves. The Folk being the common name for the fairies that were said to build their homes in and around the dense foliage of the flowers and who, on occasion, appropriated the tubular blossoms for use as hats and gauntlets. Jacob lived in a time that was swiftly forgetting the Folk. Science and industry were replacing the lore of the village, but he had seen them, quick glimpses on the edge of his vision, and he knew they were real.

He also knew that their was another name for the foxglove flowers, and it hinted at something much more dangerous than the small imps that flittered just out of sight. The lovely blooms were also called deadman’s bells. Most of the people in his village surmised that the chilling moniker was a result of the foxglove’s tendency to kill people who weren’t careful with their medicinal dosages. The entire plant was extremely poisonous and an overdose could cause all kinds of unsettling symptoms and, for an unlucky few, even send them to an early grave.

But Jacob had been to the clearing. He had heard the unearthly chiming. He had seen, out of the corner of his eye, the way the Folk vanished into the surrounding wood as the blossoms seemed to toll out their warning. He new once it started that his time was limited, that he must gather the blooms as swiftly as possible and leave the clearing as quickly as he could. Run, run, run the tinkling bells seemed to say. He had never stayed to see what would happen once the chiming stopped. He always heeding the bells’ advice and ran from the clearing as soon as he had gathered enough of the foxgloves. He never looked back.

Today though something shifted inside him as he placed his first tentative footstep into the clearing. Today he thought he would fight against his instinct and wait. He would find out what came when the chiming stopped. He was nearly a man now after all. It was time that he face his fears.

He strode deeper into the mass of flowers, the late afternoon light casting long shadows across the purple pikes of the foxglove, and he set to work. Carefully he snipped the plants near their bases with the scissors he pulled from the leather sheath on his belt, and placed them with great care into the basket.

A sudden stirring near his hand made him jump and he could just make out the tiny form of a fairy disappearing into the thick leaves of the plants headed, it seemed, to the clearing’s border and the forest beyond. A few more minutes and it appeared as though a breeze had kicked up, bending the blooms back and forth, but the weather was calm. Instead, Jacob realized, it was the Folk leaving en masse, their fleeing forms setting the shafts of the foxgloves swaying.

Then it started. Gently at first and then with greater insistency. The chiming. Despite his newfound resolve, Jacob faltered. His hands began to shake as he placed the last of the foxglove into the basket. Run, run, run, the chiming bells clamored. Run, run, run. Jacob hurried toward the edge of the clearing, but stopped short of leaving its bounds. He turned slowly, both feet still firmly planted among the flowers. He waited.

The chiming grew in volume until Jacob thought his head might split open from the cacophony, and then suddenly it stopped. The silence was absolute, the kind of quiet that can drive people mad. He waited a moment, and then a moment more, the insidious stillness working on his nerves. He was about to turn toward home thinking that perhaps the silence was all that haunted the clearing, ready to laugh at himself for being so frightened of a bit of quiet all these years. It was then that the figure appeared before him.

It was tall and wore a loose cloak of ragged black cloth that seemed to stir in a breeze that touched no other part of the clearing. Its visage was long and sharp, nearly human, but not quite, too angular and wolfish to be of this world. It was the creature’s eyes, though, that stirred a sense of abject terror deep within Jacob. They were purple, just like the foxglove flowers, with tiny jet black pupils set deep within their centers. But the thing that made Jacob run was what he saw reflected in those amaranthine pools.

He was certain he had just looked death in the eye.

He sprinted away from the clearing clutching the basket of foxglove to his chest as he ran. He didn’t stop, didn’t dare look back until his lungs were burning and his feet bleeding from the uneven ground.

The creature was still there, just a bit behind him, a little closer than before. This time it smiled at him, a mirthless grin remorseless in its mockery of Jacob’s escape. Jacob turned and ran on certain that at any moment a bony hand would stop him in his tracks. He ran until his whole body was numb with pain and fatigue, and the journey that normally took the better part of an afternoon he covered in less than an hour.

He realized his mistake as soon as he turned down the short dirt path at the edge of the village that led back to his home. He heard the keening wails of his mother, and he knew what he would find before the cottage was even in view.

In the doorway his momma cradled Jacob’s twin brother in her arms, grief distorting her familiar features into a tortured mask. His sisters scurried here and there caught up in various moments of futile rescue or equally fruitless solace. The creature that had followed him stood just before the cottage on the winding stone path that led to the door, but nobody else seemed to notice its sinister presence.

Jacob collapsed to his knees. In a sickening wave he understood what he had done, why the chiming bells of the flowers had always told him to run. Death had been waiting for his brother, lurking always just beyond the healing power of the blooms that now lay, useless, at the bottom of the basket.

Jacob put his hands to the ground to steady his whirling mind before bringing them to his ears to drown out his momma’s heartsick cries. When he looked up the creature was still there, smiling its awful smile. It nodded to him once and then disappeared.

Jacob’s hands sunk slowly back to the ground. He thought he had heard something small and soft amid the anguished sounds of mourning from his momma and sisters. Listening hard, he heard it again. A gentle chiming ringing out from the blooms that were quickly withering in his basket.

It was the sound of deadman’s bells.

The List: 10 Goals for the Rest of the Year