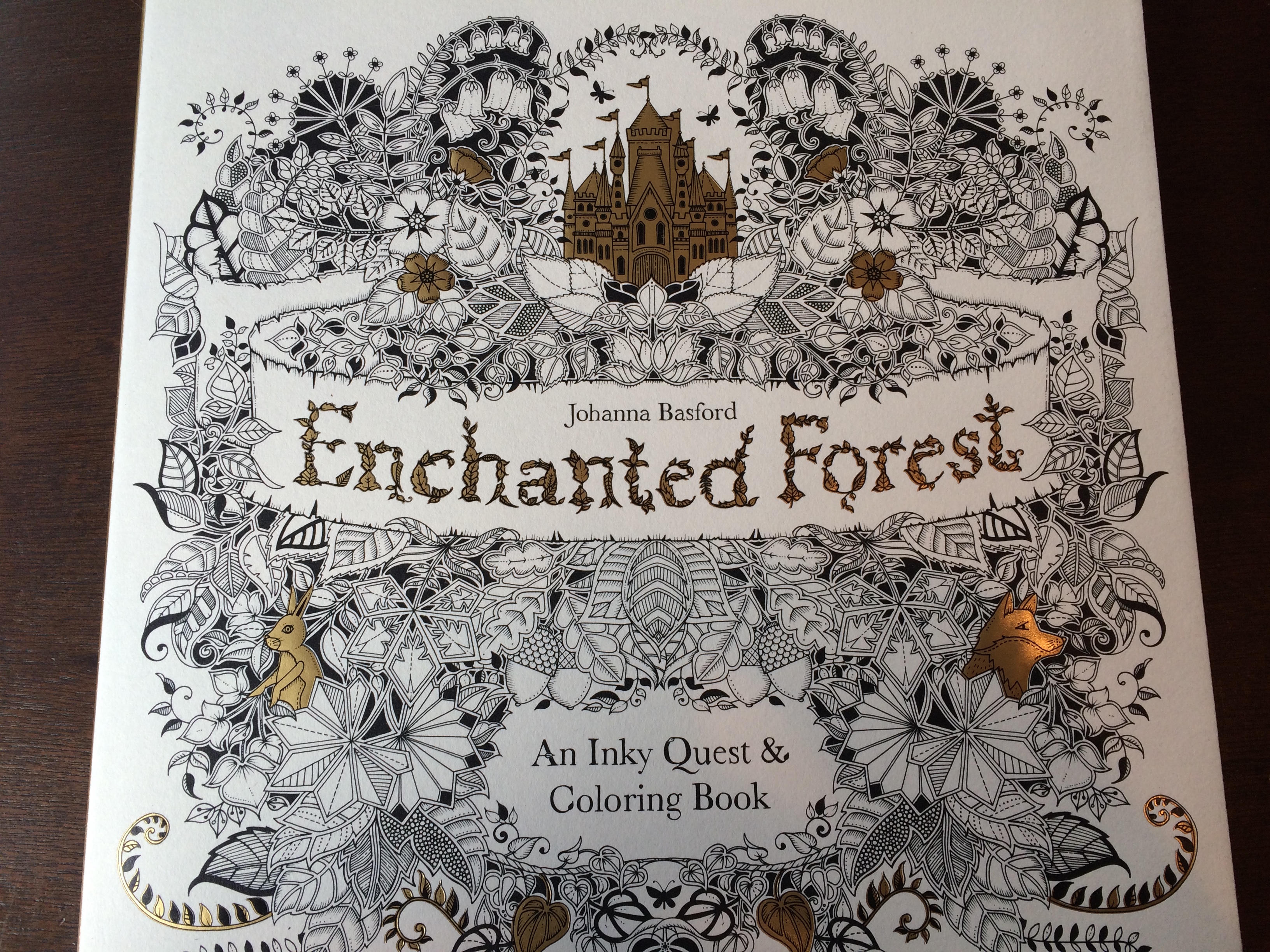 I had to give it a try. This coloring books for adults phenomenon. I mean it’s become so popular they even had a ginormous stack of them in Costco just in time for the holidays.

I had a fresh set of colored pencils ready to go.

I’ve probably had these Faber-Castells for a year and had yet to take the shrink wrap off. (Nothing better than fresh colored pencils!)

I had the book.

Enchanted Forest. A book of richly illustrated pictures by Johanna Basford, that seem straight out of a Brothers Grimm fairy tale.

All they’re missing is the color.

There’s lots of evidence, actually, that coloring is healthy for adults. Something about mindfulness and meditation. Seriously. Google it. And I’ve always enjoyed coloring with Bun. But it took a bout of the stomach flu to get me to try it on my own.

After the initial abject horribleness of the first 48 hours had passed, I was left with a somewhat settled stomach, an empty house, and nothing to do.

I started with this:

No problem, I thought. I can tackle that in an hour or two. Wrong.

Once this borderline OCD girl got caught up with all those swirls and loop-de-loops I managed to finish one half of that full page spread.

Behold my masterpiece of adult coloring:

Final verdict: It’s fun. Maybe not as fun as when I was a kid. But that could have been the lingering nausea.   Did I achieve a near-meditative state of clarity as the Internet claimed? No. But I did end up with a dent near the tip of my ring finger that I haven’t seen since the frantic scribbling of my college blue book days (do they still have those?). And it took my mind off my tummy for awhile. So I’ll call it a win.

100 Things That Fuel My Creativity