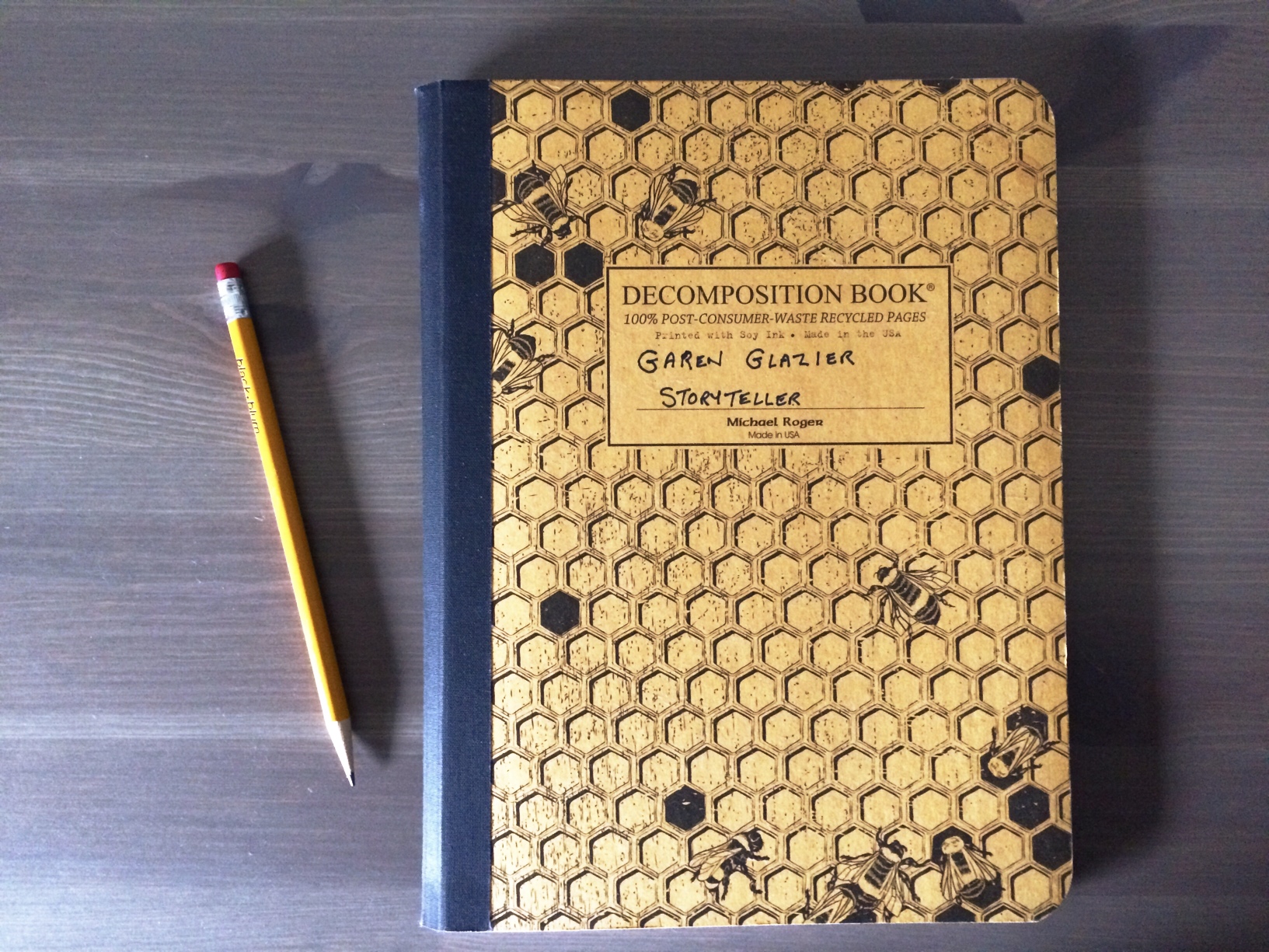 There’s a yellow notebook upstairs sitting on my nightstand. It has a bunch of scribbles in it, the beginnings of an outline for the follow-up to On the Verge. For the most part, I like those scribbles. It seems to me they have potential, but there’s just one problem. The notes end several pages in without finishing the storyline.

I keep hoping some helpful little house elf (Dobby? Elf on the Shelf?) will come during the night and fill in the blanks for me, but no such luck. I haven’t cracked that notebook open in days, and the more time that goes by the more quickly it’s turning into a kind of relic, an artifact of, dare I say it, writer’s block.

I actually came to terms long ago with writer’s block. It doesn’t scare me anymore because I know it’s just a symptom of a simple, albeit discouraging, problem: I’ve gone down the wrong path; the idea I’m pursuing’s no good or at least isn’t the right fit right now.

It’s an intuitive thing. There’s nothing categorically wrong with my outline as it stands, and someday I might be able to pick it up again and finish the story arc no problem. But that time is not now.

Now my thoughts keep wandering to new characters, new worlds, and if I’m totally honest, new chances at getting discovered. I love On the Verge, I put my heart and soul into every piece of it, and I learned so much from my first foray into storytelling. My beloved Verge will be there when I’m ready to return. But I think I want to start over with a fresh concept because, while I’m proud to be an indie author, it’s also hard.

Hard to write when it feels like no one is really listening, like no one really cares about the story, at least not yet (Note: this excludes all my wonderful friends and family who read On the Verge and actually liked it (at least that’s what they told me)). And I think that’s driving some of my writer’s block as well. It’s difficult to get excited about the continuation of an idea when the reception from the world at large is mostly radio silence.

Which brings me to my next point: reviews are the way to break that dreaded silence. They’re tremendously important to authors, especially indie authors, and one of the most effective ways of marketing unknown books by unknown authors to the masses on Amazon. So if you’ve read my novel and written a review thank you, thank you, thank you. Seriously. I appreciate it so much. And if you’ve read it (and didn’t hate it) but haven’t posted a review to Amazon yet I would be super grateful if you would.

And even if only a few people are noticing, I still wholeheartedly believe in the story I’ve told in On the Verge. I believe its time and its audience will come.

Meanwhile, I’ll go find that yellow notebook, dust it off, and start jotting down some new ideas and see where they take me. Who knows? One of them might be my big break.