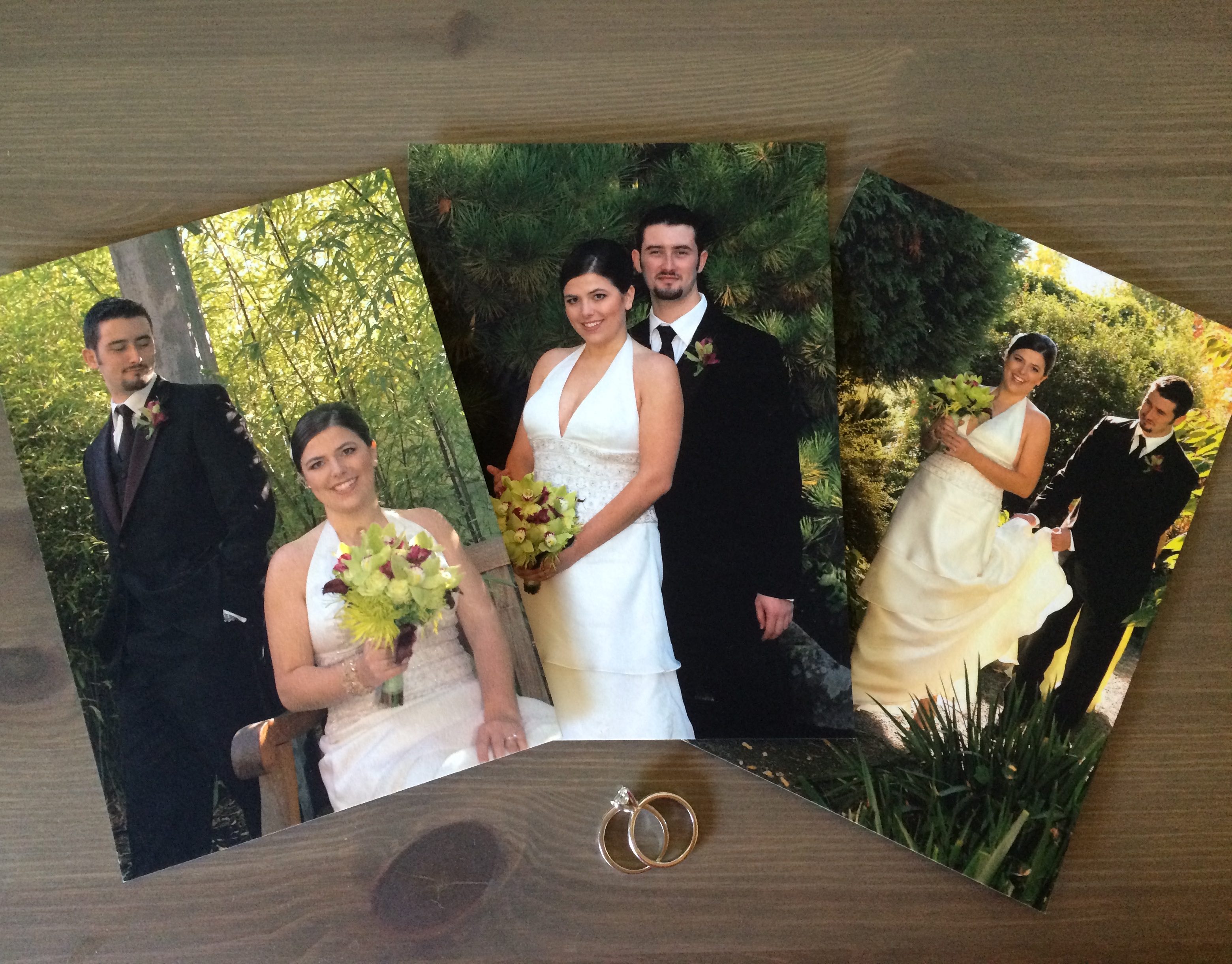 On October 21st the Hubs and I celebrated our ninth wedding anniversary. The date happened to fall on a Wednesday this year so we spent the evening working out at our normal Bassline class. It was actually a fitting way to honor our relationship. We’re both trying to get and keep in shape so we were there together, pushing each other through a difficult workout, respecting our goals.

Respect is integral to us as a couple. Most of you know that the Hubs and I met in high school and started dating each other at the tender age of 18. We basically became adults together, and we’ve matured a lot over the last 15 years. One thing that has become abundantly clear about our relationship in that time is the need for respect in every sense of the word: appreciation, recognition, dignity, and esteem. Add in love and laughter and you’ve got the bedrock of our marriage.

To celebrate that strong foundation and the respect the Hubs has for my writerly dreams, here is a story (based on a true story, by the way) about us and Paris. I wrote it a few years ago and then tucked it away, but it seems like a good thing to return to now. We visited the City of Light on our honeymoon so it holds a special place in our hearts and memories, but this particular tale happened a few years later when we traveled to Paris a second time.

I pressed my cheek against Igor’s as his finger clicked the button. Nearly a decade ago now, it was one of our first selfies. We were capturing a moment in Paris. Our newly minted marriage seemed at home here in this enchanted Belle Epoque metropolis. A million loves had blossomed here before us and a million more were still to come. It was just the two of us in that photo on the long green of the Champ de Mars but there were three spirits filling the lens: a young couple, faces shining with hope and expectations, and the City of Light itself represented by that spectacular tower that Eiffel built.

As I study the photo now, I can’t help but smile. I remember the warm light of the early autumn sun, the crisp brightness of the air. The atmosphere of that Paris snapshot is the same one that permeates our wedding album. Yellow leaves twisting in the breeze, golden light on white silk. It was that secret fall magic that I wanted for our wedding day: a special time to speak hollowed words, clasp hands, exchange rings.

I knew the harvest season was the right time for us to come to that romantic city on the Seine too. Everyone clamors about Paris in the springtime, but Paris in the fall is when the bewitching truly happens. The city beckons any time of the year, enticing you with promises and mysteries, but this vitality matures as the sumptuous languor of summer recedes and wise autumn arrives to the wide boulevards. October in Paris is careworn and creased perhaps, but also lively, sly and just a little dangerous.

This was the rarefied atmosphere that surrounded us on our way to the Tower. With our bellies full of fresh croissants and rich café au lait from a spot on the Rue Cler, we meandered our way, arm-in-arm, along the cobblestone streets. Our destination was the Eiffel Tower, but we were in no hurry as we dodged elegant matrons and beautiful ingénues, prissy poodles and their stately owners. It was a scene straight out of A Moveable Feast and my eyes and heart drank it in.

Igor pulled me a little tighter when the Tower came into view. The iron latticework and soaring height made the spire appear to defy the enormous weight of its materials. It shot upward from its terrestrial foundation, straining toward the heavens. I looked forward to our ascent up its curving lines to stand giddy at the top, the climax of Paris.

We quickened our pace along the straight gravel path of the Champ toward the tower, laughing and sighing at our great luck to be here together at the most perfect time of year in the most perfect place for young love.

Lost in this revelry neither one of us noticed the small, dark woman who approached from our right. Dressed in full skirts of burgundy and ochre she could easily have been a spirit of autumn. The brilliant red scarf she wore artfully over her black and silver hair enhanced this fleeting fancy. It wasn’t until you stopped to look at her that she became fully part of reality. A ring of mud caked the hem of her multicolored petticoats and years of exposure to the elements had written deep lines across the apples of her cheeks.

She locked eyes with me and I could see there that spark, the gleam of autumn in Paris, fascinating and mercurial. “You dropped this,” she said in heavily accented English. In her hand was a small, golden ring. I stared at it mesmerized until Igor reached out and grabbed it, slipping it on his pinky.

The little gilt circle tinkled musically against the wide band of his wedding ring. Seeing it there was startling. I whisked it quickly from his finger and back into the coarse hands of the woman.

“Never seen it before,” I said.

The woman stood there for a moment, appraisingly. Her dark eyes flashed, whether with amusement or warning it was hard to tell. A brisk wind blew through the disappearing leaves on the trees.

Igor grabbed my hand and we continued along the path, both feeling a slight unease. When I glanced back the woman was gone.

It was an odd encounter, a chance meeting with one of the city’s many bohemians we supposed when we talked about it later in a picturesque café at the bottom of Montmartre. Shrugs were exchanged, and the conversation turned back to our plans for the rest of the trip. But the occasion felt significant somehow. In my mind it was a spontaneous ceremony presided over by quicksilver autumn and attended by a vernal couple and a venerable monument.

At home I tucked the photo Igor had taken of us into the back of our wedding album, and I return to it every once in awhile, drawn to it as if by some kind of charm. It’s an appropriate place for that particular picture, a memento of romance, magic and the City of Light.