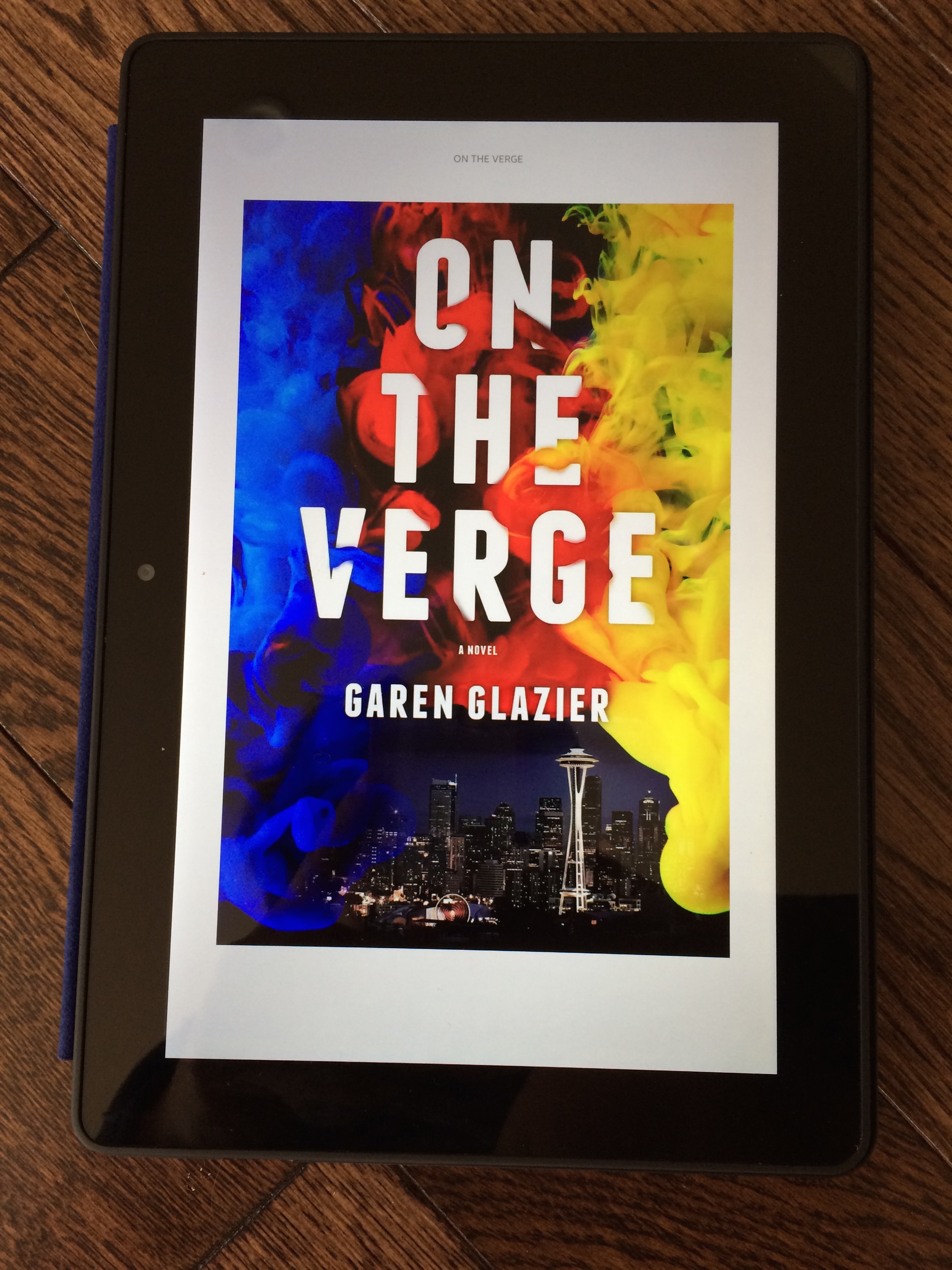 It’s been a long road. Almost two years have passed since I began On the Verge, and yesterday it became available on Amazon for the first time. And just like my two human babies, the book came early. I expected to release it on the 22nd, but the amazing team over at Polgarus Studios that did the digital formatting delivered the files early and I just couldn’t wait.

Truthfully I thought the day would be more momentous, but On the Verge’s release happened much like the rest of it, in bits and pieces of stolen time. I corrected an issue with the book’s info while I packed Bun’s lunch. I made the announcement on Facebook that it was on Amazon while I took a break from shopping for a birthday present at the mall. I tweeted about it while Bean took a nap, and I had minor panic attacks about it  just about anytime I slowed down to think about what it means to have this work that is so near and dear to my heart out there and being read.

What made those moments of terror easier to swallow was all the support I received from friends and family, many of whom have already started reading it (and one who has already finished it, thanks, Julie!). Reading a book is a commitment. It takes time. So I am truly, deeply thankful for each person who spends those hours with my story.

Writing On the Verge was a gift. Next to getting married and having the girls, it’s the best thing I’ve ever done. I am not someone that fits naturally and easily into the world. I often struggle with confidence. The 9-5 life was torture. 2011 and 2012 were particularly rough years. Several things happened that took my self-concept and smashed it to smithereens. Writing helped me slowly build it back up again. All those words have filled in the cracks and knit together the wounds made by chronic doubt.

In fact I am stronger than before. I know what I can do. I’ve found the grit and determination that I somehow lost along the way. After many years of feeling adrift, I am myself again.

With the birth of On the Verge I feel like I should rest, like I should bask in the glow of a laptop screen showing my book’s cover with my name on it on Amazon. But writing is a calling. And its siren song is strong. I can’t stay away for long. There’s a new story there in my bones.

And I will write it.

On the Verge is currently available on Amazon.

To My Daughter on Her First Day of School