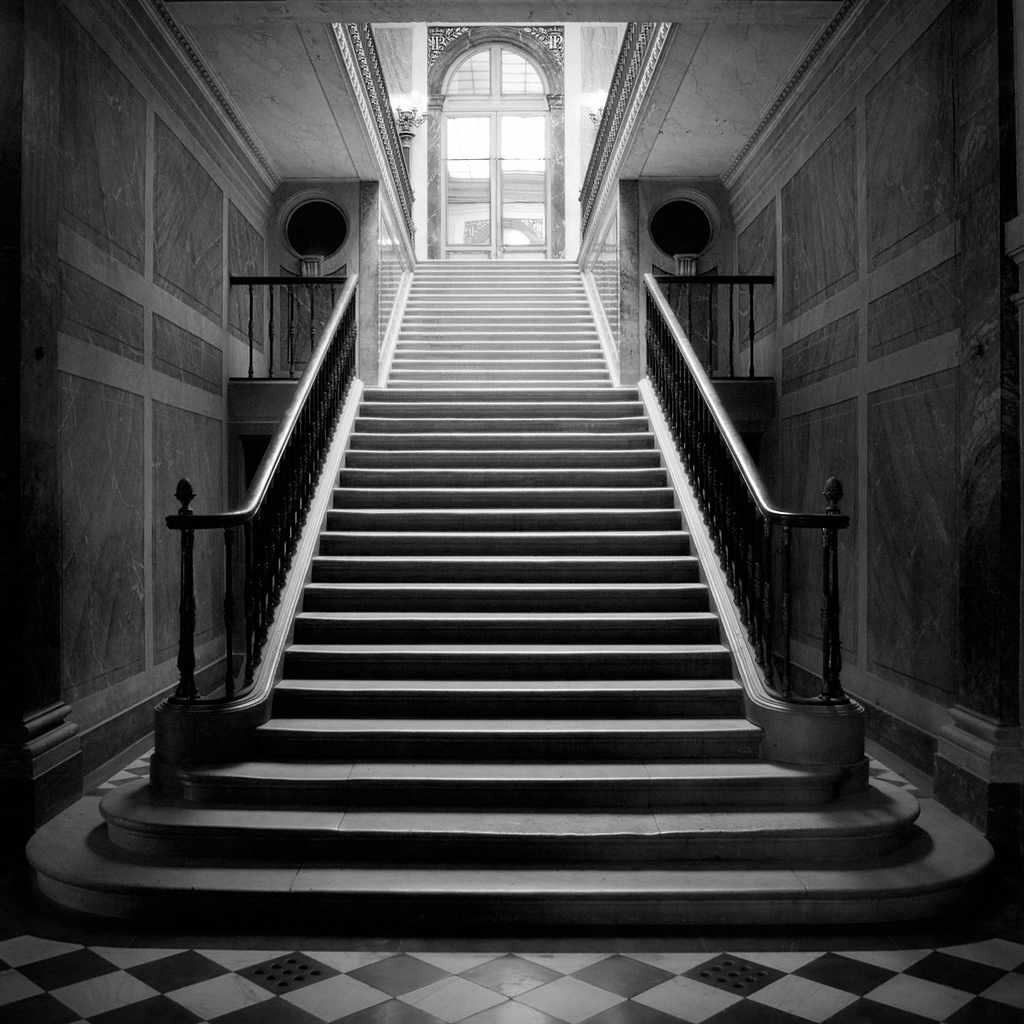 For this week’s post I decided to try my hand again at flash fiction. This time around I tailored my writing for a flash fiction contest I want to enter put on by Molotov Literary Magazine. Entries must be less than 1,000 words and include “some moment of unleashed aggression” (for the full details check out the contest page here). I decided to do a little reimagining of Cinderella, because you know I have a thing for fairytales. Specifically it’s the moment, in the Disney movie anyway, where she’s in her pretty ballgown the mice and birds made for her and her step-sisters fly into a fit of jealously and rip it to shreds. I never liked how Cinderella just sucks up that abuse and runs out of the room. This is what would happen if I were in charge of her story. As always, please let me know what you think and if you have any suggestions on how it might be improved.

Out of the Ashes

She stood there at the bottom of the grand staircase, the one she had spent all day polishing on her hands and knees. One of the turquoise beads from her necklace shone brightly against the spotless marble. She concentrated on it. The other blue-green baubles bounced away in all directions.

Her step-sisters were attacking her again. She closed her eyes and wished for a fairy godmother to save her like she had done countless times before. But no avenging pixie ever came to her rescue. She’d had to develop other coping mechanisms. She was good at staying in control.

Indeed, she usually let her anger towards her step-sisters dissipate. Like those other beads it would spring up high at first, and then quietly wane in ever-shallower arcs until she found her equilibrium again, calm but scattered.

This time, though, she saw that lone bead by the toe of her silk slipper, and she could sense its echo inside of her, a single point of white-hot rage, steady and constant.

Distantly, she felt hard fingers tear at her dress. She saw the blush-pink sash that encircled her waist float sinuously through the air to the ground, its slow, graceful descent a stark counterpoint to the raptor -like frenzy of her attackers. Their garish red nails, painted talons, sought inelegantly to rip and destroy. Not satisfied with their work thus far, they tore out the tortoiseshell comb from her hair, taking some of her gossamer strands with it. They scratched at her pale cheeks and left bruises on her arms.

And all the while she stared at the bead.

They thought they had broken her, mistook her stillness for acquiescence. The step-sisters howled and gritted their teeth through vile, vermillion lips. Beads of sweat dripped down the large one’s chest into the crevice of her cleavage. She heaved and shook, a hulking scow riding waves of jealousy. The lean one, with preying mantis arms, reached out in staccato bursts, ripping, ripping, ripping, delighting in the shreds and tatters she created with vicious precision.

And all the while the girl stared at the bead.

When they had finally finished this latest act of humiliation they waited for their favorite part, the part when she bit back hot tears and fled. They would laugh, then, at their latest triumph, secure in their renewed sense of dominion over their hapless step-sister. This was the moment that most pleased their mother too, who took a sadistic joy in observing her daughters degrade her late husband’s beautiful child.

The sisters were bad, but the mother was hellish. For while the daughters, thin and fat, could maim and taunt, it was the cunning mother who was at the rotten heart of their machinations. Hers was a more insidious form of degradation aimed not at damaging the flesh but at eating away the soul.

As the last of the beads rolled to a stop, the clock struck seven. The sisters finished their assault. The mother stood behind them, silently expectant. They waited for the girl to crumple, to turn and rush off. It was taking a beat longer than usual. They wanted their perverse reward for the hard work of envy unleashed, but if they didn’t leave soon the ball would start without them.

Shreds of dress shifted listlessly on the floor of the drafty manor. A drop of blood slid from a scratch on the beautiful girl’s arm and oozed down between her fingers. Still she did not move.

Heedless and dim-witted the sisters were merely annoyed by this delay, but the mother sensed something was different. Her eye twitched. The seconds ticked by.

Still the girl did not move.

The beautiful girl in the rags that were mere moments before a ballgown had been staring at the single turquoise bead on the floor for so long now it seemed to vibrate. A million agitated oscillations against the marble floor made it appear to grow in size as her vision had trouble picking up on precisely where its curved surface ended and began.

In the pit of her stomach a twin tremor grew in intensity, radiating from her core to the tips of her fine fingers so that to her step-family she appeared to be suffering from a particularly ferocious chill. This was enough to get her step-sisters’ attention, and they wondered, briefly and with joy, if this might be some kind of new nervous symptom that they’d engendered in their long-suffering sibling.

The thought had barely had a chance to percolate through their thick skulls before the first sister felt hers crack against the marble floor, and the second reeled from a ferocious jab to the jaw.

The girl stepped over their motionless bodies. She couldn’t feel the pain in her hand from where her knuckles had connected with the bone beneath her sister’s jowls. Nor did she hear the sickening crack of her wasp-waisted sister’s head on the tile when she threw her bodily to the ground with a strength that seemed impossible given her slight form.

All she knew was the anger, keen and hot, holding her, gripping her, shaking her so that her trembling harmonized with a power that had long lain dormant.

She fixed her eyes on her step-mother. In three short steps she was on her with dainty hands exerting brute pressure around the cords and sinews in the old woman’s neck.

When the step-mother collapsed the girl’s rage slowly subsided.The reverberations that had wracked her moments before reconciled into a single body. She returned to the staircase to retrieve the turquoise bead, holding it up to the light so that its pearlescent surface gleamed.

Rage was better than any fairy godmother.