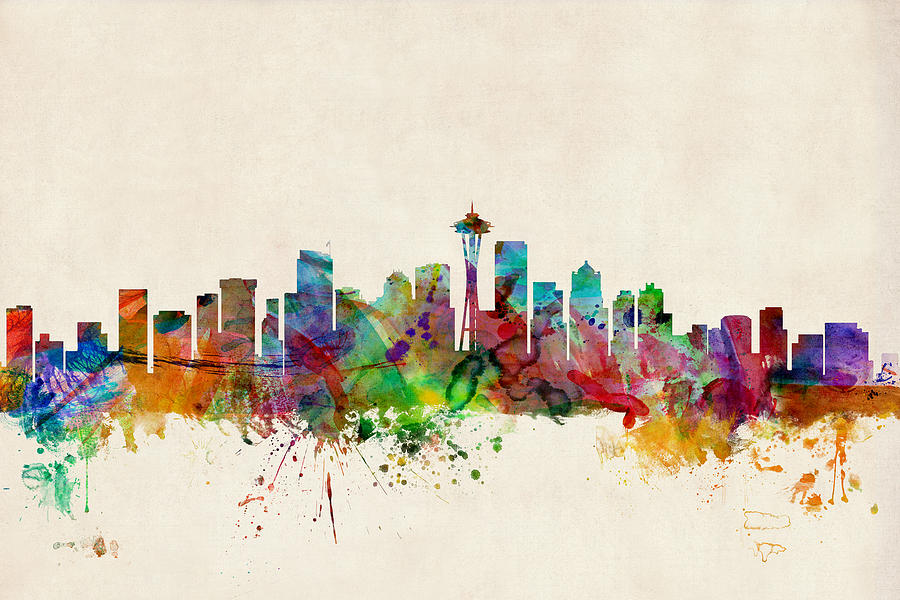 This post was going to be about my travel wish list, and then I had this reality check moment where I realized such a post was better saved for later. There are many wonderful things about having a young family, but the difficulty of traveling down the street, let alone across the country or around the world is not one of them. While contemplating this post I calculated how long it has been since I traveled abroad (Mexico and Canada excluded). In September it will be six years and unfortunately, with the little Bean just born, it looks like it will be another year at least before we travel overseas again.

That being said, the reason I wanted to write about travel is that being stuck in Bothell reminds me of how important it is to leave your comfort zone on a regular basis, to see new places and try new things away from the nice and friendly confines of hearth and home. Otherwise things start to stagnate and stagnation kills creativity.

Getting out of town means getting out of my routine. Getting out of my routine means I can’t just operate by habit. Instead I have to be present. My brain has to be on. As a result new connections form almost of their own accord. Synapses fire and ideas, long isolated in some unvisited corner, suddenly have superhighways connecting them to other ideas, sometimes by the unlikeliest of routes. When you travel and leave the well worn paths of your day-to-day, inspiration and insight are among the many rewards.

But what’s a girl to do when she’s got responsibilities that keep her at home for the foreseeable future? Well, I’ve decided to kill two birds with one stone. My novel, ON THE VERGE, takes place in Seattle and includes many quintessential Emerald City spots. But, and this is a secret between you and me, the places that form the backdrop for many of the most important scenes in my novel I have never actually visited in person. Shh!

I know, I know, how can you write a scene convincingly without having experienced the place firsthand? Well, I used a little tool called Google Images to do virtual tours of the places I wanted to use in my book. Honestly, though, the fact that I haven’t actually set foot in these locales has always bothered me. So I am about to rectify that situation AND get out of my neighborhood and explore the city a bit. Sure, Seattle isn’t exactly Europe, but on a smaller scale it can be a similar creative catalyst.

So where exactly am I going to go? I’m so glad you asked.

Seattle Underground, Pioneer Square: Yes, I realize this is a tourist trap, but it’s a trap that I have never actually seen even though I used to work in an office right next to the tour entrance. People have told me that the underground remains of Seattle’s nineteenth-century Skid Row sound better than they really are, but I have to say I am interested. It seems like it could be old, and dark, and spooky. That’s right up my alley. Only a small portion of the Seattle Underground has been made accessible to the public. The unexplored, inaccessible part, complete with a fictitious swamp, is where I put the home of the Slavic witch Baba Yaga in my novel. I think it’s only fair that I go down and take a look around her witchedly abode, and make sure I did it justice.

Lake View Cemetery, Capitol Hill: This is the burial ground just north of Volunteer Park on Capitol Hill where Bruce Lee, Brandon Lee, and a bunch of Seattle’s founding families have their final resting places. I’ve always had a thing for old, ornate cemeteries. There’s something about that combination of beautiful and spooky that really speaks to me. My incubus-cum-Lucifer, Lior Dakryma, has a couple of scenes set in Lake View, so a melancholy stroll through the tombstones seems appropriate.

Marijuana dispensary, Fremont: One of my book’s more intense action scenes takes place, believe it or not, in the courtyard of a fictional marijuana dispensary in Fremont. I’ve been to what is arguably Seattle’s most colorful neighborhood several times for its annual Solstice Parade, a crazy event perhaps best summed up by the painted, naked bicyclists that open the festivities. But I’ve never been there just to saunter through the quirky environs, let alone to investigate the several weed shops in the vicinity. From a quick Google search it looks like there are at least five stores to choose from. I’m leaning towards the Dockside Co-Op. Of course I’m just going for research purposes, not to actually partake in the wares (I promise, Mom!).

Cle Elum, Cascades: So this little town is actually about an hour and a half outside of Seattle in the foot hills of the Cascades. My main character Freya has her first interaction with the Verge (a borderland on the edge of human reality where the creatures of myth and folklore reside) in a cabin near the base of a mountainous outcropping. It’s also where she meets the enigmatic Rusty, her future love interest, so a lot happens just outside of town. I did my best to recreate the setting using Google Maps and images of Cle Elum’s main street and surrounding back country, but a little day trip to ensure accuracy would be helpful. Let’s just hope it’s clean air and sunshine that I discover and not goblins like my courageous heroine.

Frye Art Museum, Capitol Hill: Full disclosure, I have been to the Frye several times, but so much of my novel takes place in this jewel of a museum that it doesn’t hurt to visit it again. As an art history major I am so thankful that Charles and Emma Frye gifted their massive art collection to the people of Seattle in perpetuity. It’s FREE to visit, which is a major bonus. Plus their intimate, daring, and unusual exhibitions, in my opinion, blow the glitzy, big-draw shows over at the Seattle Art Museum out of the water. And it was a Franz von Stuck show at the Frye that inspired ON THE VERGE in the first place. I’ll make any excuse to get back there. It’s a place that never fails to inspire.

I’ve got my list. Now, it’s time to get out of the house and explore.

The Personal Values of a Part-Time Writer

Flash Fiction - Out of the Ashes: A Dark, Little Cinderella Story